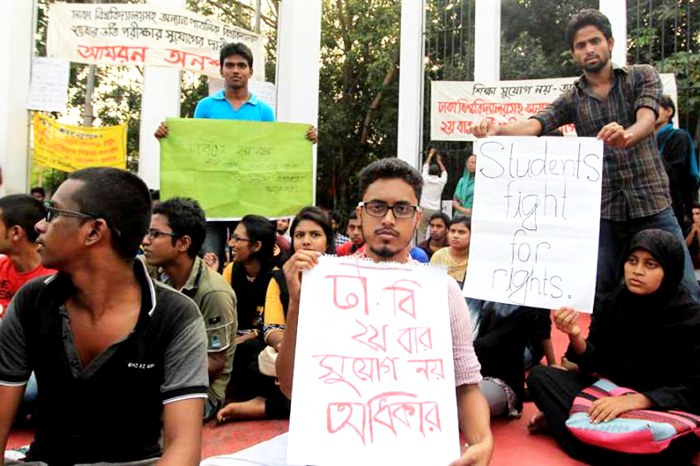 Students who demonstrating for a second chance to admission test at Dhaka University will urge Vice Chancellor for a debate about their demand. If he do not agree, Vice-Chancellor’s Office would be surrounded on Sunday, they said.

One of protesting student Riazul Islam said, they will go to VC’s office on sunday to discuss about debate. They will invite VC to present his arguments in favor of their decision in front of media and press. Also students will defend their claims. But if VC do not agree to the proposal, then the Vice-Chancellor’s Office will be cordoned off on this day.